Sitting on Top of the World— 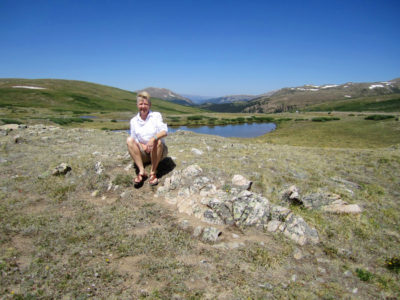 Sara Brooks’ delight sprang from innocent and harmless childhood mischief. My delight springs from knowing that my book, Dances in Two Worlds: A Writer-Artist’s Backstory (Fundamental Note, 2011), has just won the 21st annual Colorado Book Award in creative nonfiction. The Colorado Book Award is given by the Colorado Humanities Center for the Book, state affiliate of the Center for the Book in the Library of Congress. I celebrated the award at a reception at the Aspen Institute Friday afternoon and over wine and dinner at a sidewalk café with three new friends that evening. 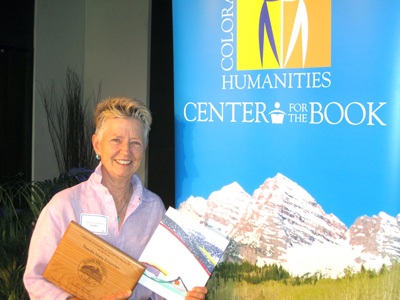 I take pride in the award and what it represents: a lifetime of acknowledging my fears, listening to my intuition, and hard work. None of my three books would have been possible, however, had it not been for the family, friends, and teachers upon whose shoulders I have stood. Not the least among them was Sara Brooks herself. By telling me her stories and entrusting the editing to me, Sara Brooks awakened the storyteller in me. Ultimately, she gave me my subsequent books: Dancing Girl and Dances in Two Worlds. And she gave these books to you. All three titles are available at museumofauthenticity.org.