Yielding to impulses and yearnings that always seemed inexplicable to me at the time, I photographed, I wrote, I painted, I engaged in stonework. I traveled without map or preconceived destination. Perhaps this explains why, after hearing it, I forgot about the question that “came out of the blue” upon waking on the third Saturday before New Years day, 2013: What would a satisfying third third of my life look like? 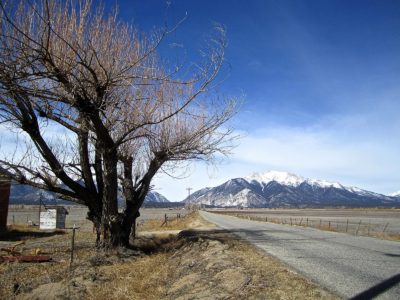 Rather than acknowledge the question, I got in my car on what was a soupy gray morning in Denver and headed south-west on route 285. I had brought along a friend, and we intended to circle through Manitou Springs for lunch before returning to Denver. Two hours out of town, we realized that we were too late for lunch. We decided to extend the drive down the highway we had been traveling before turning back to Manitou Springs for an early dinner.

The grim atmosphere of Denver had already given way to sunlit skies and clouds of mist enveloping the magnificent peaks of the Collegiate Range. Three hours down 285, we reached Salida, a town I knew slightly. We stopped with the intention only of stretching our legs. But when we approached Pinon Real Estate, housed in a brawny corner bank building in the heart of Salida’s historic district (one of Colorado’s largest), my companion asked, “Would you like to see whether they have something?” You see, this dream-keeper had remembered the decades-old fantasy I had shared with her a few days earlier—living in a space that would double as a studio/gallery. I have silently watched for such a space in a residential neighborhood in Denver for years. 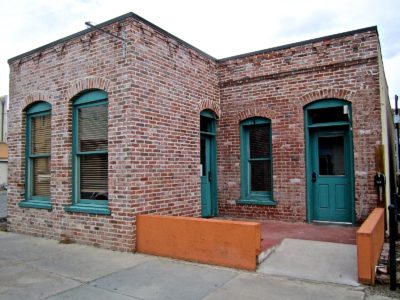 “Ok,” I responded mildly, still not remembering the question about my “third act” put to me only a few hours earlier. A curly headed realtor with a New Zealand accent disappeared into the gaping bank vault and returned with a single flier: a 1050-square-foot single-storey commercially zoned brick building dating to around 1900. After discussing the property, we left Pinon Realty and returned to Denver via Manitou Springs, but not before driving by the property. I was smitten at first glance.

In retrospect, I understand that when I returned to Denver from Greece in October and wrote the blog post “For the Love of It,” I was beginning to acknowledge that my life in Elika will draw to a close before I stop “engaging and reaching.” And I have observed of late that I don’t much like the mood I slip into when out and about in Denver. After 40 years, the city has outgrown me—the traffic, the noise and air pollution, the intensity, the loss of beauty. So, influenced as much by the “push” of these factors as the “pull” exerted by a jewel of a property in a gem of a town in Colorado’s “Banana Belt,” I have heeded Kenneth Grahame’s advice. “Take the Adventure, heed the call, now ere the irrevocable moment passes! ‘Tis but a banging of the door behind you, a blithesome step forward, and you are out of the old life and into the new!” *

Today, twelve weeks after the fateful question about my future 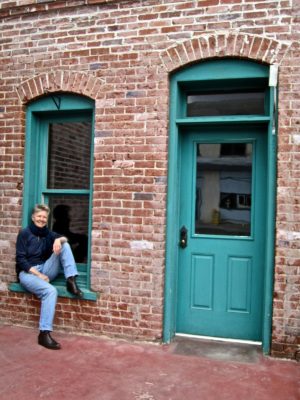 arose—on the first day of spring 2013—I have been handed a key, and I have opened the door facing me.

Of course, I had to purchase property insurance along with the property. Not surprisingly, agents at all three of the offices I approached asked me the same question: How will you use the building? “How should I know?” I wanted to protest. “I’ll know when I get there,” I hedged. I have already acknowledged an array of possibilities beyond residence: an exhibit space for art and artifacts, a storefront for the sale of my books and visual art, a studio, an event space, a center for creativity workshops including the “Art of Intuition / Realm of Possibility” and “Astra Writing in Salida” programs. I am frightened by this unexpected turn in the road. At the same time, to borrow again from Kenneth Grahame, “…to-day the unseen [is] everything, the unknown the only real fact of life.” **

Renovations will require several months;*** I expect to take occupancy in early fall. Watch for notices on my website and facebook pages, and please come visit.

***Creation of the Museum of Authenticity actually required over 7 years.